Too often we lose ourselves in the need to get our own ‘things’ done.

The simple act of helping someone else can open you up to greater happiness. Read this excellent article I found on the #livescience website. I had planned to write my own, but this study sums up everything for me to share with you.

Michael Steger, a psychologist at the University of Louisville in Kentucky, has always been amazed by how differently people lead their lives. Pat Tillman, for example, left the NFL to enlist in the Army and fight in Iraq and later Afghanistan (where he was killed), Steger said, but celebrity and socialite Paris Hilton continually pursues “a public life of shallowness.”

To find out, he and his colleagues asked a group of 65 undergraduates to complete an online survey each day for three weeks that assessed how times they participated in hedonic, or pleasure-seeking behaviors, versus meaningful activities, such as helping others, listening to friends’ problems and/or pursuing one’s life goals.

The surveys asked the subjects how much purpose they felt their lives had each day and whether they felt happy or sad. The subjects also completed two sets of questionnaires at the beginning and end of the study to assess how they felt about their lives more generally.

They found that the more people participated in meaningful activities, the happier they were and the more purposeful their lives felt. Pleasure-seeking behaviors, on the other hand, did not make people happier.

Realizing that some people may feel guilty about reporting pleasure-seeking behaviors, Steger and his colleagues then modified the survey questions slightly to make them seem less exceptionable and asked a new group of students to perform the study again, this time over a four-week period. The psychologists got the same results.

“A lot of times we think that happiness comes about because you get things for yourself,” said Richard Ryan, a psychologist at the University of Rochester, who was not involved in the study. But “it turns out that in a paradoxical way, giving gets you more, and I think that’s an important message in a culture that’s pretty often getting messages to the opposite effect.”

In order to make sure that the relationship between happiness and doing good wasn’t the other way around—that happiness instead leads people to do good things—the researchers looked at which tended to come first. They found that the subjects became happier after they did something good, suggesting that happiness does, in fact, come about as a result of doing good things.

The results of the study, to be published in the Journal of Research in Personality, present an “enormously optimistic picture of people, that as a cynic, I was very happy to see,” Steger told LiveScience.

A great friend of me once told me. If you want to make a difference. Stop trying to change everyone.

Just start with one person.

Don’t make life difficult, don’t aim for two until you have locked in one.

Who can you reach out to today?

Who can you help today? 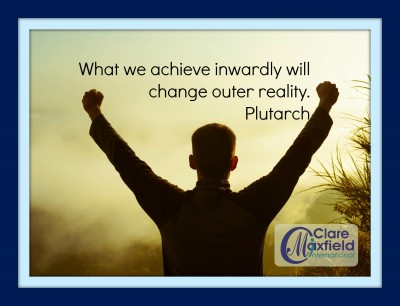 Change always starts from the inside-out. There is no other way. Although a lot of people are looking for a way that works from the outside-in. Depth of character is within you and unless you believe you cannot change. It’s a fundamental principle for success. 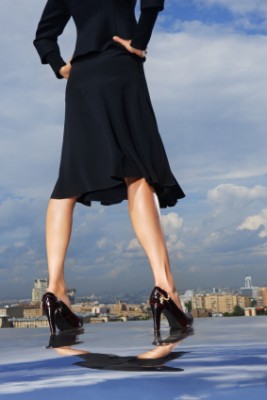 Last night I was asked this question via email and I thought it was a great one to share here – “I was thinking about my voice and my walk – do they play a role in the way I dress?”
Here is my answer –
If you have a strong voice and powerful gait and wish to be seen as friendlier, you will need to wear medium intensity clothing in friendly colours such as mid-tone blues, creams and lilacs/purples. Your fabrics will also nee to be softer and the lines softer. Or at least one of these elements being softer as I don’t actually know what you look like so I am not sure if your physical appearance is overall more assertive, more supportive or quite balanced.
If you have a soft voice and a floating walk and wish to be seen as more persuasive, then you will need to wear strong colours and sharper cuts.
Our physical presence is the first thing people notice about us, so as you walk into a room, your walk, associated with your outfit will set the stage for how you are perceived. A strong outfit and a strong walk will say – I am a strong woman. A softer outfit combined with a graceful stride will say, I am friendly and you have nothing to worry about.
Now in both instances, you will expect the voice to reflect the image and you can come undone if you do not sound as you look.
Let’s now take this image to the telephone, your voice will paint a picture of what you look like. It can range from age expectations to personality and size. Again, people do not like to be surprised. So if you wish to be taken seriously in your given role, that may be to be more persuasive, or more supportive, make sure all of your elements cover that expectation. These elements are your physical image, your clothing choices and your voice. The great thing is that we can choose our clothing to reflect an image and, with work, can adjust our voice to sound as we like.

Don’t fall on your face because you don’t appear to stand true to how you appear. 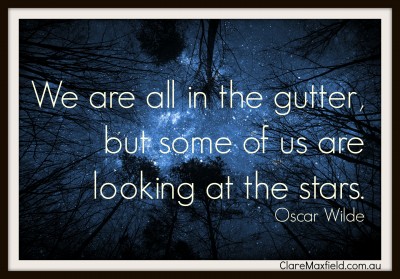 You have the choice to see what you see. You can look up towards possibility or you can look at your feet towards what is holding you where you are. You chose.

I am always amazed at clients who have no idea of what they are capable of. I ask them what they can see and they describe, what is right there in front of them.

Yes, I know, last weeks post told you to keep you eyes out of the clouds and focus on what is about you. That purple can keep your eyes in the sky and out of reality. There is a fine line between having your head in the clouds and having your feet stuck in the mud.

Look towards what is possible, then look back down and take the steps necessary to get there.

Recently I worked with a client who was lost. they had gotten to that age, when no one sees them anymore and neither did they. We did a great series of sessions to open up their eyes again to who they are and what they are capable of. they are now embracing a new position at work and a new appreciation that their social and professional life does not end at 50. (and who ever said it did!)

Don’t get stuck in your gutter. It is never too late to look up and get out.